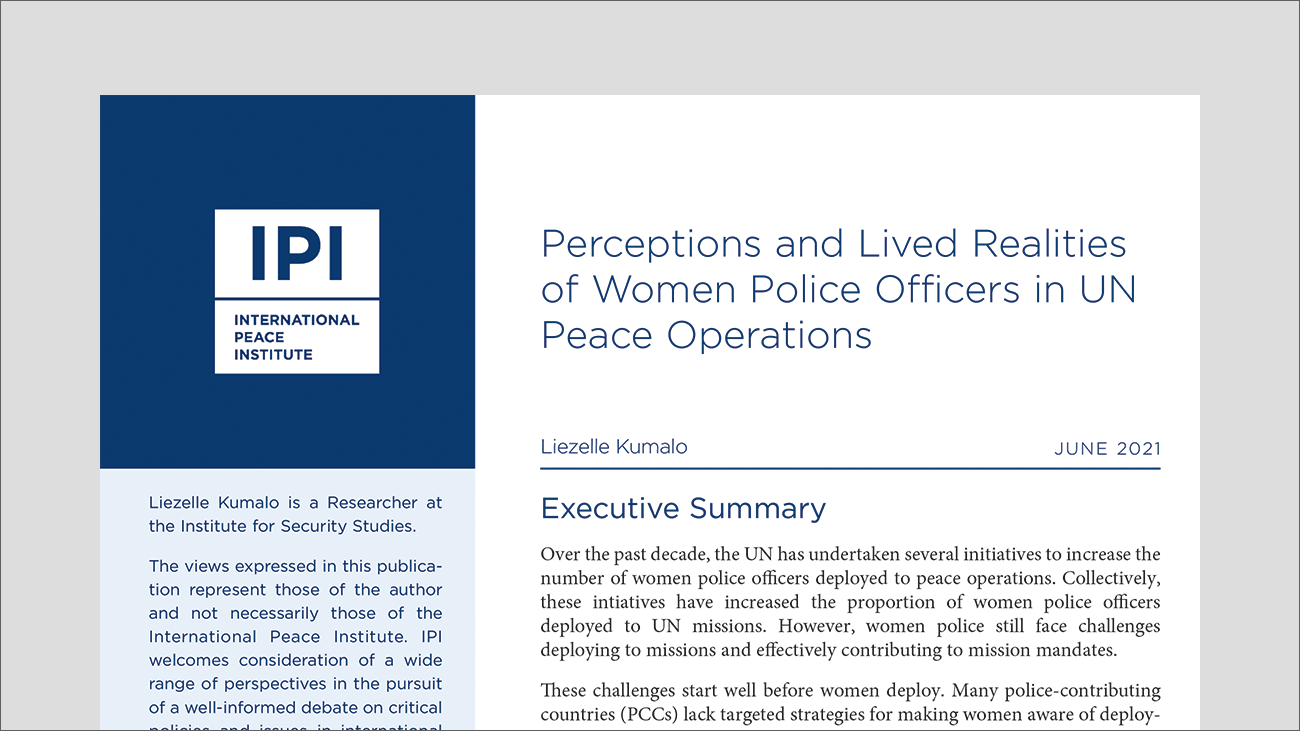 While the UN often argues for deploying more women peacekeepers because they will increase missions’ operational performance, this rationale risks reinforcing some of these challenges by perpetuating stereotypes about the role of women in missions. Missions should instead focus on women police officers’ right to deploy. To ensure women have this right, both PCCs and missions need to foster an enabling working environment and address structural barriers to women’s participation.