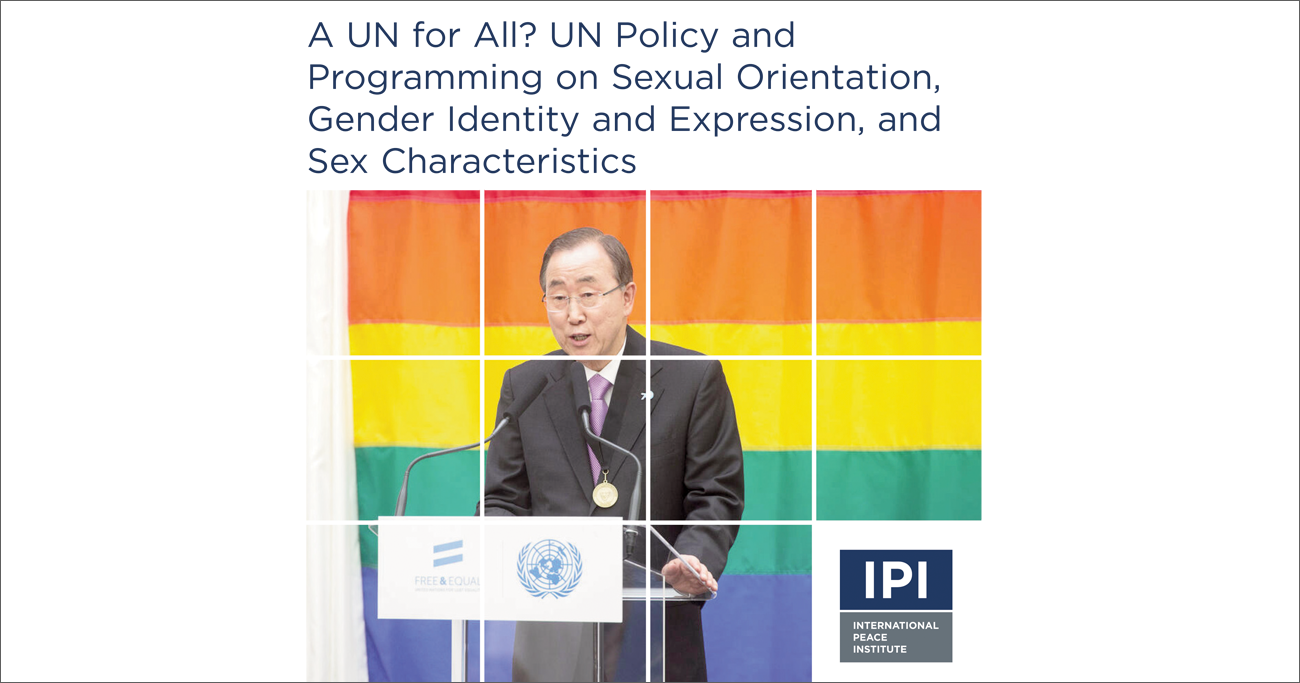 IPI in partnership with OutRight Action International, the Centre for Gender in Politics at Queen’s University Belfast, and the Permanent Missions of the Netherlands and Argentina to the UN hosted a virtual interactive discussion on September 10th on UN policy and programming on sexual orientation, gender identity and expression, and sex characteristics (SOGIESC).

In September 2015, twelve UN entities issued a joint statement calling for an end to violence and discrimination against lesbian, gay, bisexual, transgender, and intersex (LGBTI) people—an unprecedented and groundbreaking move. Six years later, many UN entities have made significant strides in enacting policies and implementing programs aimed at protecting the rights and fostering the inclusion of LGBTI people. While this increased engagement by UN agencies, funds, and programs can have a meaningful impact on LGBTI people, progress has been uneven, and many challenges remain.

This policy forum provided an opportunity to discuss the UN’s ongoing work related to sexual orientation, gender identity and expression, and sex characteristics (SOGIESC). Panelists discussed the UN’s engagement on issues related to SOGIESC across all three pillars of the UN—human rights, development, and peace and security—as well as gaps that remain. The event focused on how the UN is impacting the lives of LGBTI people around the world.

This event follows on from the IPI policy paper “A UN for All? UN Policy and Programming on Sexual Orientation, Gender Identity and Expression, and Sex Characteristics,” published in February 2021.

Opening Remarks:
H.E. Ms. Yoka Brandt, Permanent Representative of the Kingdom of the Netherlands to the UN