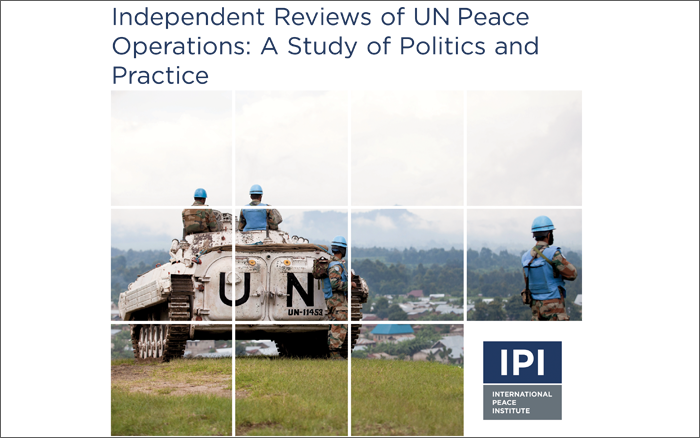 On November 4th, IPI together with the Permanent Mission of Switzerland to the UN, and the French Ministry of the Armies cohosted a virtual policy forum on “Independent Reviews of UN Peace Operations: The Way Forward.”

UN peace operations are partnership enterprises requiring complementary efforts by member states, UN officials, national stakeholders, and international partners. Evaluating these missions’ strategies, performance, and impact can often be a difficult task for the UN because these stakeholders have distinct and often competing interests. These dynamics, fueled by breakdowns in trust, gave rise to the practice of independently reviewing UN peace operations.

This policy forum featured assessments of independent reviews and offer reflections about this growing practice within the ecosystem of UN peace operations. Panelists highlighted their experiences with the practice, discuss its evolution and intricacies, and share their assessments of its potential role moving forward. The policy forum also launched an IPI publication on the same subject written by Daniel Forti, IPI Senior Policy Analyst.