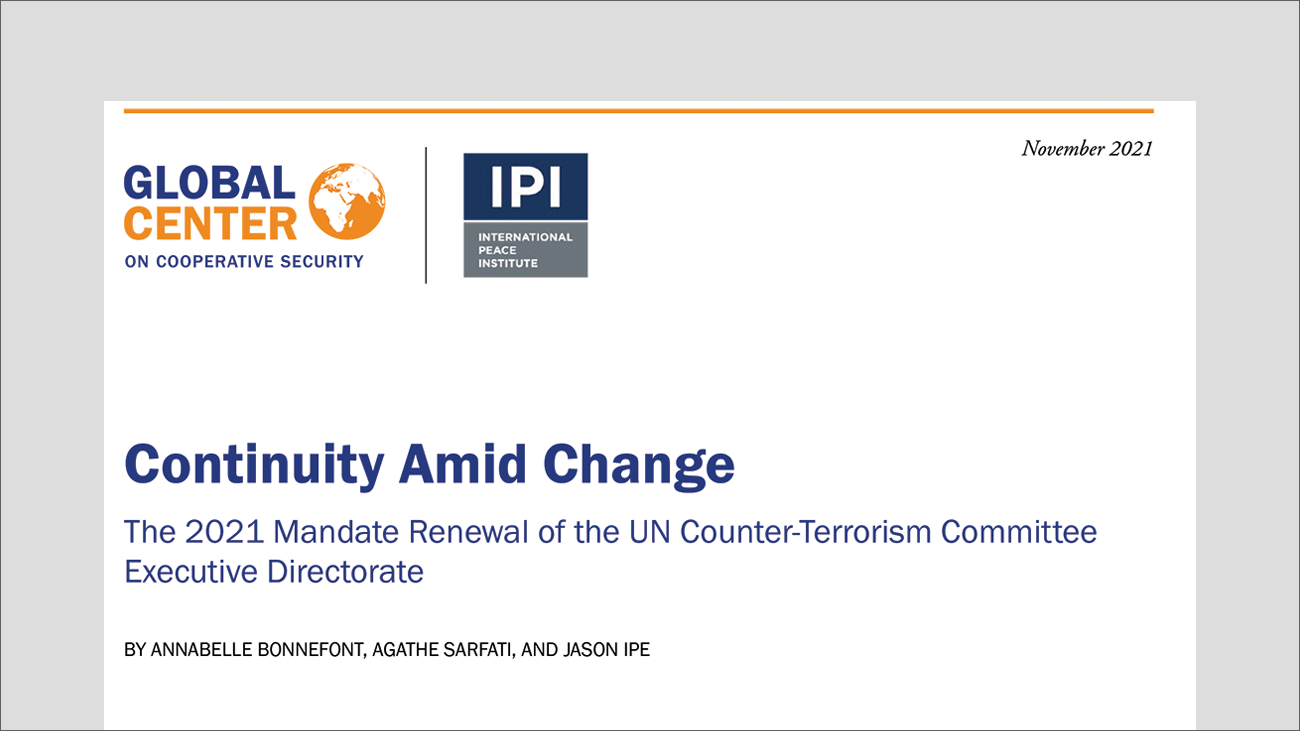 To support UN Security Council members in their reconsideration of the Counter-Terrorism Committee Executive Directorate (CTED) mandate this year, the Global Center on Cooperative Security (Global Center) and the International Peace Institute (IPI) undertook an extensive research and consultation process. This brief outlines findings and recommendations for the upcoming renewal of CTED’s mandate, building on this research and consultation process.

A broad range of stakeholders were consulted, including current CTC members and other UN member states, UN representatives, and civil society actors. Information was gathered through a widely distributed survey, bilateral interviews, three focus-group discussions, and two workshops held on 28 July and 3 November 2021. Along with providing analysis of the implementation of CTED’s mandate, the intention was to provide an informal Track II setting for member states and other stakeholders to engage on priorities for the mandate renewal and to solicit input into the formal negotiation process from underrepresented parties, including civil society.

The current mandate of CTED is due to be renewed by 31 December 2021. This takes place a few months after the UN General Assembly’s consensus adoption of the seventh review of the United Nations Global Counter-Terrorism Strategy. The renewal of CTED’s mandate coincides with a change in leadership; after four years, CTED’s Executive Director, Assistant Secretary-General Michèle Coninsx, will be leaving by the end of the year. It also coincides with the December renewal of the mandates of the Analytical Support and Sanctions Monitoring Team pursuant to UN Security Council Resolutions 1526 and 2253 and the Office of the Ombudsperson to the sanctions committee. The conjuncture of these processes occurs shortly after the 20th anniversary of the attacks of 11 September 2001 and the adoption of Resolution 1373, the council’s seminal counterterrorism resolution that created the CounterTerrorism Committee (CTC), which CTED was established to support.