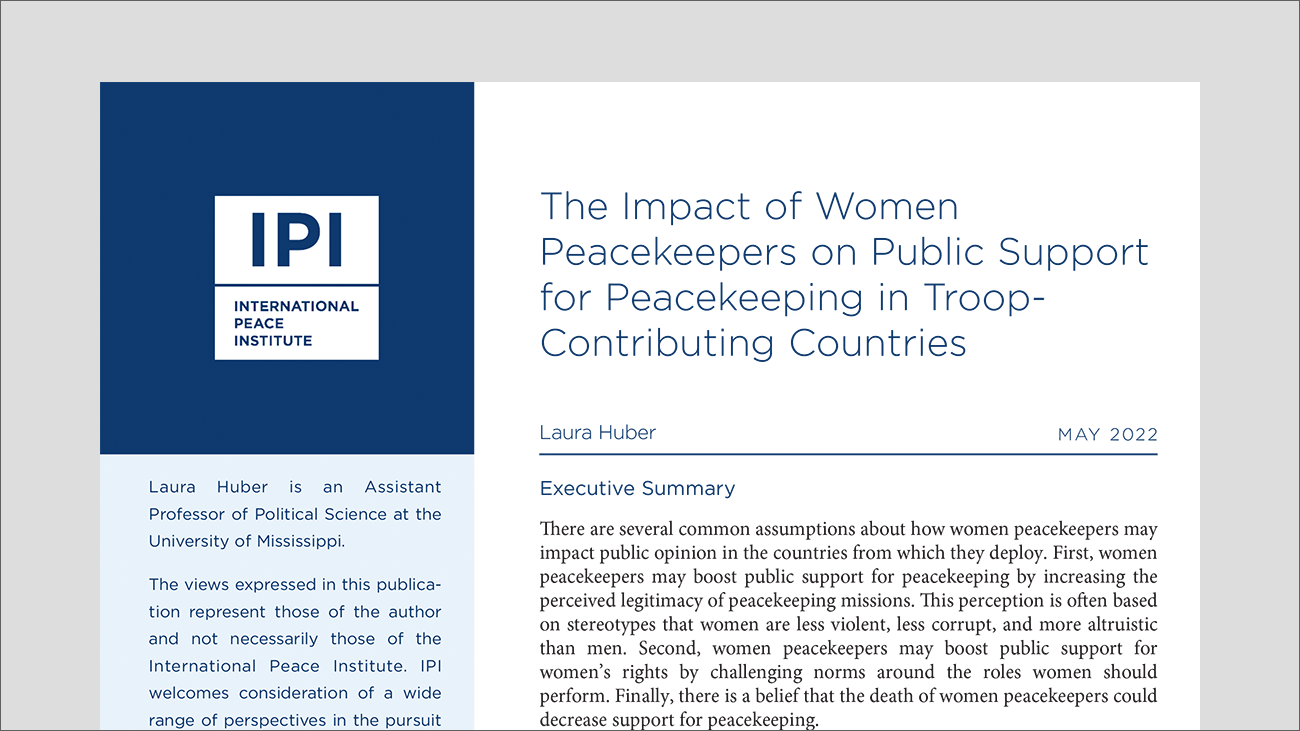 Drawing on two rounds of online public surveys in India and South Africa, this issue brief tests these assumptions. It also draws on an additional survey of UN member-state representatives in New York to understand how decision makers believe the deployment of women alters public support for peacekeeping.

Overall, the surveys revealed relatively high levels of support for peacekeeping in both India and South Africa. Moreover, member-state representatives in New York indicated that they not only value public opinion on peacekeeping and consider it when making deployment decisions but also believe that the deployment of women peacekeepers increases support for UN peacekeeping. However, differences between the surveys of the two countries underscore that women peacekeepers may be perceived differently by the public in different contexts and may not always increase support for peacekeeping or women’s rights. Therefore, scholars and policymakers within national governments and the UN should consider how the deployment of women may interact with other social, cultural, and political norms and practices to moderate how the public will perceive and react to women peacekeepers.