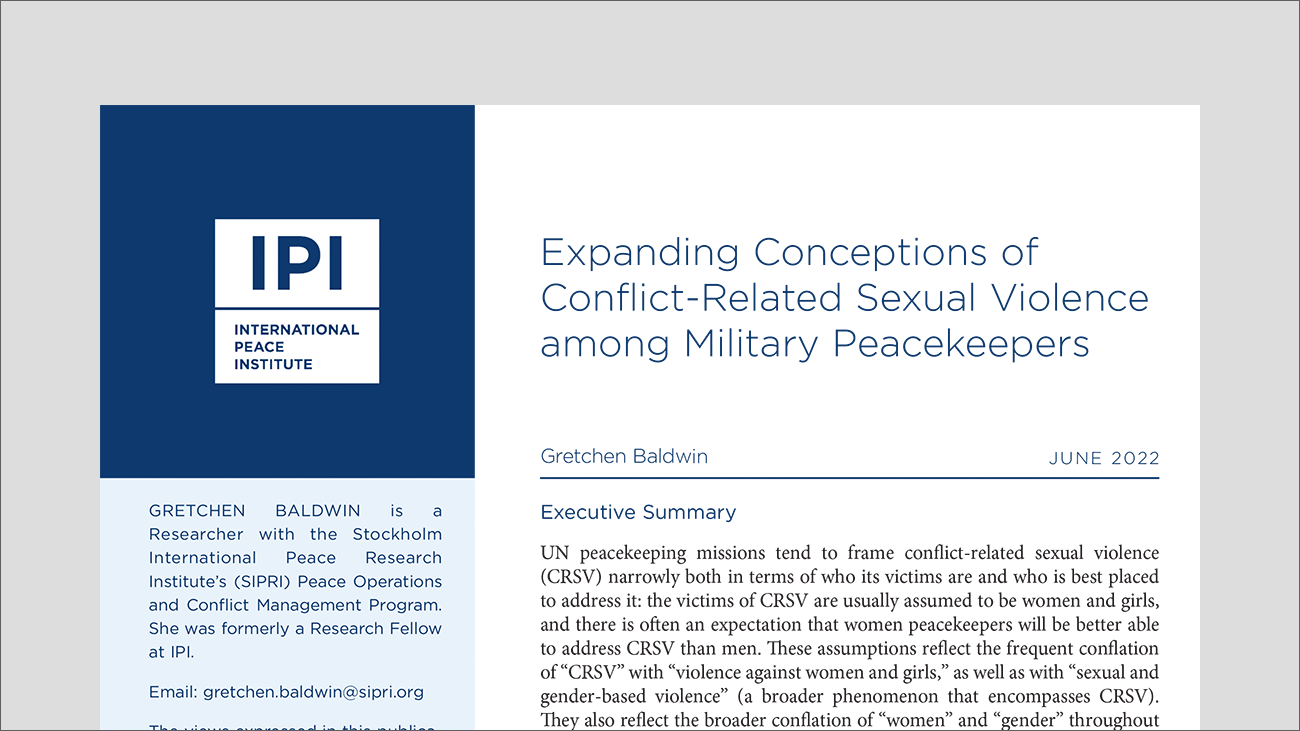 UN peacekeeping missions tend to frame conflict-related sexual violence (CRSV) narrowly both in terms of who its victims are and who is best placed to address it. The victims of CRSV are usually assumed to be women and girls, and there is often an expectation that women peacekeepers will be better able to address CRSV than men. These assumptions reflect the frequent conflation of CRSV with “violence against women and girls,” as well as with “sexual and gender-based violence.” They also reflect the broader conflation of “women” and “gender” throughout UN policy documents and training resources for military peacekeepers.

This issue brief explores how the UN system currently understands CRSV and SGBV, how this understanding affects the responsibilities, roles, and perceptions of military peacekeepers, and how UN policies—especially those focused on military women’s participation in peacekeeping—might be more inclusive. It draws on desk research as well as interviews with practitioners, UN personnel, and academic gender experts, as well as insights shared in several closed-door, expert-level workshops.

The paper concludes that the current narrow understanding of CRSV harms victims of sexual violence who are not women and girls, including men and boys as well as sexual and gender minorities. Beyond the victims, narrow understandings of CRSV also harm women peacekeepers. Those pushing to increase the number of uniformed women peacekeepers often emphasize their added value in preventing and responding to CRSV. This assumption can perpetuate the idea that women peacekeepers’ primary added value is their gender identity and saddles them with additional responsibilities, often without adequate training, resources, or authority.