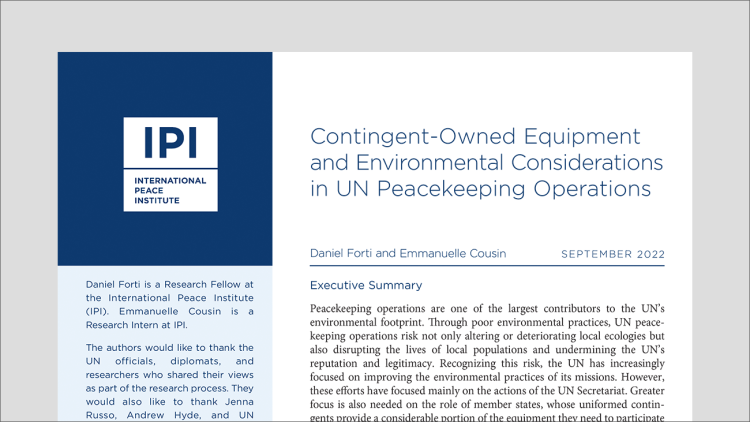 Peacekeeping operations are among the largest contributors to the UN’s environmental footprint, as well as the biggest potential vectors for pollution. Without strong environmental standards, these operations risk not just damaging local environments, but…