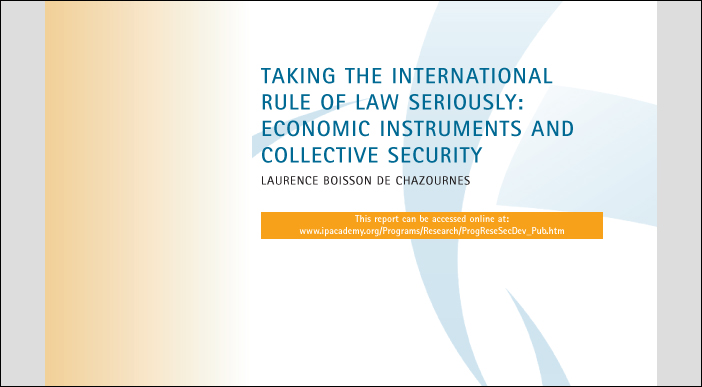 In recent years, the Security Council has adopted an increasing number of economic reconstruction measures aimed at contributing to the restoration of peace in war-torn territories.  These measures have brought to light the limitations of the existing United Nations collective security system to deal with economic issues that concern international peace and security. As it stands, Security Council actions are mainly reviewed in accordance with the UN Charter, and with human rights and humanitarian law principles.

This paper argues that respect for the international rule of law should not be based solely on adherence to the UN Charter when reviewing collective security measures of an economic nature. The promotion and integration of principles such as fair competition, non-discrimination and transparency, would help enhance the legitimacy of the UN Security Council. While upholding the rule of law at national and international levels has been hailed as a key UN objective, such rhetoric is undermined by the reluctance of the Security Council to adopt regulatory mechanisms.