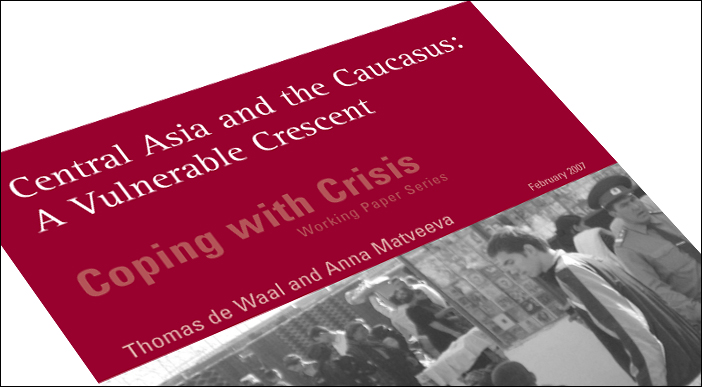 The Caucasus has become a field for latter-day Great Power battles of influence, in which competing policy agendas, sometimes even from within the same state, make for a fragmented international response that hampers regional integration and development.

The autocratic states of Central Asia by contrast risk isolating themselves from the wider world, becoming a source of danger because of their deliberate remoteness. Here the globalized threats of drug trafficking and militant Islam are the biggest potential source of instability. Multilateral organizations such as the UN are still struggling to articulate a coherent response to the two regions as a whole, tending to make more narrow interventions that have limited impact.

From the Introduction: The Caucasus and Central Asia––eight countries of the former Soviet Union stretching to the south of Russia and to the west of China––form a chain of weak states, vulnerable to conflict, extremism, and spillover from potential instability in the Middle East, Iran and Afghanistan. Once on the path of the Silk Road, these countries are still transit routes in the world economy rather than major economic players. The overarching problem for the Caucasus countries situated on the eastern fringe of Europe––Armenia, Azerbaijan, and Georgia, as well as the Russian North Caucasus––is unresolved conflicts that hamper development and poison politics.