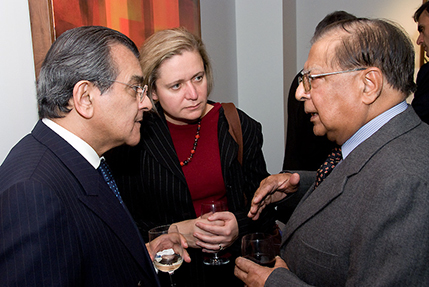 Held in IPI’s Trygve Lie Center, the two-day workshop sought to identify ways in which the UN’s Global Counter-Terrorism Strategy could be better promoted and implemented by bringing together a wide range of stakeholders to explore the role of the Strategy and the challenges it faces. Among the forty-plus participants were representatives from South Asian governments, the UN, regional think tanks, and other civil society groups from, or working on, the region.

Building on past work by IPI and the CGCTC on this subject, the discussion and the resultant project report will contribute to improving the UN’s capacity to better understand and counter transnational security challenges, strengthening the response capacities of national, regional, and international actors, and enhancing counterterrorism cooperation in South Asia.

A cocktail reception following the discussions allowed for increased interaction among the conference participants, diplomats, experts, and the broader UN community in New York.