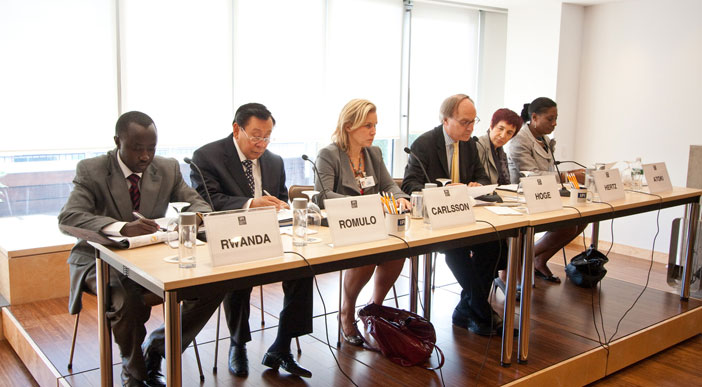 Sweden’s Prime Minister, Frederik Rienfeldt, set the tone of the discussion two days earlier in a speech to the General Assembly when he declared the European Union’s commitment to seeking “the worldwide abolition of the death penalty. In all cases. Under all circumstances.”

Sweden currently occupies the presidency of the EU.

In 2007 the General Assembly adopted a resolution on a moratorium on the use of the death penalty. The text deliberately focused on a moratorium on executions as a first step towards abolition. This approach, it was felt, would make it easier to gather widespread support than had the text made a direct call for immediate abolition.

Sweden and its co-hosts said the purpose of the event at IPI was to maintain momentum on the issue and to build on it in preparation of next year’s work on the resolution.

And rather than focusing on Europe and its well-known attitude towards the death penalty, the sponsors said, the aim now is to learn about the experience in countries where the death penalty has recently been abolished or where abolition is under consideration.

So Sweden and its co-hosts entitled the day’s conversation: “Debating the death penalty – experiences from different regions.”

The meeting attracted a large and enthusiastic audience and heard from a panel of five speakers:

The moderator was Warren Hoge, IPI’s Vice President and Director of  External Relations.