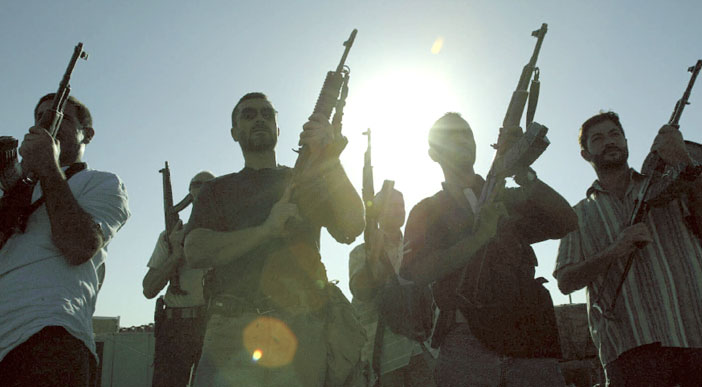 US Vice President Joseph R. Biden’s decision to seek an American government appeal of the dismissal of charges against Blackwater was a welcome step but needs to be followed by evidence of effective regulation of the private security industry, James Cockayne, formerly of IPI, said in a magazine commentary.

“Vice President Joe Biden’s announcement in Iraq that the US government will appeal the recent dismissal of federal criminal charges against five Blackwater private-security contractors was a diplomatic necessity.

“It was designed to reassure Iraqi politicians and the Iraqi people of the Obama administration’s good faith and sympathy, at a time when the administration is trying to moderate the tensions between Iraq’s sectarian and political factions. But Biden’s announcement does little to suggest that the US government has a clear strategy for putting in place an effective regulatory system for this global industry. And this is beginning to cause problems with US allies.

“The prospects of such an appeal succeeding seem dim, given the damning story of a bungled investigation told by Judge Richardo Urbina’s decision. That story highlights the complexity of providing effective accountability for the conduct of private companies operating in insecure foreign locations. Yet effective regulation is all the more pressing, in the context of the Afghan surge: US Central Command reported that between December 2008 and September 2009, the number of Department of Defense armed contractors surged 236 percent—from 3,184 to 10,712.

“If the Obama administration wants to avoid a repeat in Afghanistan of the military, diplomatic and political costs the US incurred in Iraq from civilian casualties and property damage perpetrated by American and third-country security contractors, it needs to ensure that both the Department of Defense and Department of State are working towards an effective system of regulation and cross-border accountability, dealing with issues like cross-border evidence-sharing, access to justice, and incentives for investigation and prosecution.

“Both Defense and State have taken large strides towards more effective regulation in recent years. The Department of Defense has significantly strengthened the Defense Federal Acquisition Supplement, and improved oversight in theater by the military. State, likewise, has improved its contract oversight arrangements, and played a key role in the negotiation of the Red Cross-backed ‘Montreux Document on Pertinent International Legal Obligations and Good Practices for States related to Operations of Private Military and Security Companies during Armed Conflict.’ Over 30 states, including Iraq and Afghanistan, have now agreed to that Montreux Document. But none of these steps have put in place an effective system of international regulation and cross-border accountability, as the Blackwater dismissal shows.

“As recent steps by the UK make clear, US allies are growing impatient. The Department of Defense is now working with the Swiss government to develop a global industry Code of Conduct, but the drafts made public so far include merely the promise of the development of an ‘international accountability mechanism’ in the future. This risks giving contractors, good and bad, a free ride as they can claim to abide by the industry Code, with no fear of consequences if in fact they do not.

“Many contractors, particularly in the UK, are concerned that this would provide a recipe for continued impunity for the ‘bad apple’ operators, at their expense. As a result, the British Foreign and Commonwealth Office is convening multistakeholder discussions in the next two weeks, which will consider whether the UK should back a separate Code, with more effective implementation and enforcement arrangements. The result would be regulatory fragmentation, reduced market transparency and efficiency—and even greater barriers to justice for the victims of contractor misconduct. Even a successful appeal of the Blackwater charges dismissal will not remedy that; only an effective strategy involving both the Departments of Defense and State will.”