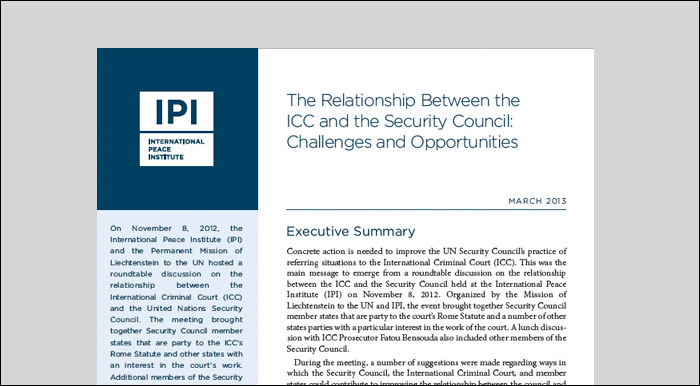 This meeting note summarizes the discussions held at a roundtable event on November 8, 2012 where ICC Prosecutor Fatou Bensouda was the keynote speaker. The roundtable, held at IPI and co-hosted with the Permanent Mission of Liechtenstein, brought together Security Council member states that are party to the ICC and other states with an interest in the Court’s work.

Recommendations for the Security Council and its Member States:

Recommendations for the International Criminal Court and State Parties: