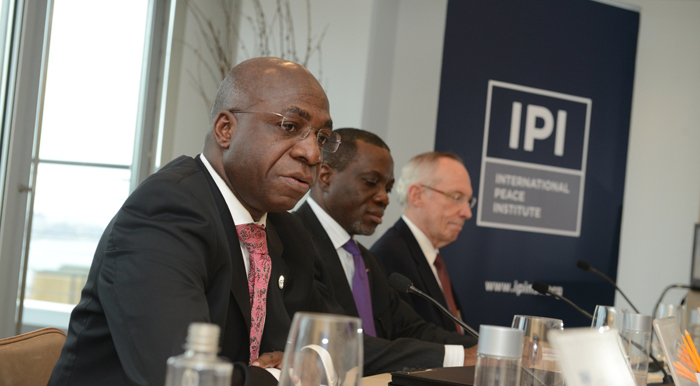 Entitled “L’avenir des OMP dans l’espace francophone,” this seminar was organized in partnership with the Peace Operations Network (ROP) of the University of Montreal.

Launched by Mr. Hervé Ladsous, Under-Secretary-General for Peacekeeping Operations, and closed by Ambassador Gérard Araud, Permanent Representative of France to the United Nations, the seminar was attended by 75 participants, including diplomats, uniformed personnel, officials from the United Nations, and members of the research community and academia.

About 15 speakers, among which Mr. Edmond Mulet, Assistant Secretary-General for Peacekeeping Operations, Ambassador Antonio Tété, Permanent Observer of the African Union to the United Nations, and Major General Mamadou Sow, Chief of General Staff of the Senegalese Army, successively covered the issues of strategic partnerships between the United Nations, the African Union and Francophone countries; operational challenges of peacekeeping in Francophone countries; mobilization of Francophone civilian and police capacities, as well as the contribution of Francophone research to policy debates about the future of peacekeeping.