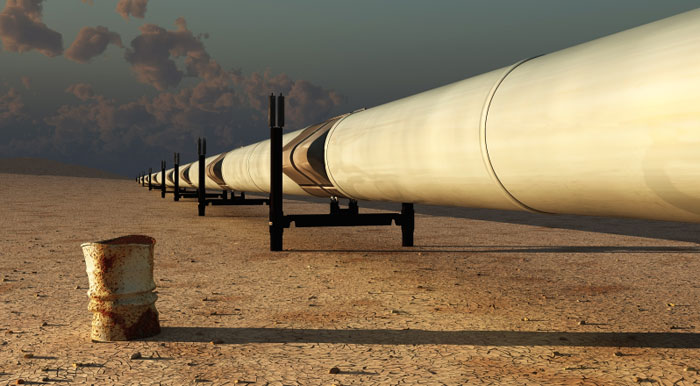 Despite the fact that countries in the Middle East have growing energy needs that could be satisfied by their neighbors, there is a lack of cooperation due to bilateral political tensions as seen between Iran and Saudi Arabia, as well as among countries in the Levant Basin (such as Cyprus, Israel, Lebanon, Turkey, and Syria). This was one topic of a meeting hosted by IPI on January 20th that discussed the impact of energy on security in the Middle East; ongoing tensions concerning control of oil revenues in the Kurdish region of Iraq; the return of Iran as a global oil exporting power; and the potential implications (both political and economic) of a massive discovery of gas off the coast of Cyprus.

Discussants at the meeting, which took place on the margins of the World Future Energy Summit in Abu Dhabi and followed Chatham House rules of non-attribution, noted that private companies are often willing and able to cooperate where governments are not. Therefore, it was suggested to make fresh attempts to depoliticize energy issues—for example, by creating a neutral, pragmatic business forum, which would highlight scenarios for win-win situations in the region.

The precedent of the European Coal and Steel Community was cited as an example of how practical cooperation in the field of energy can address mutual needs, as well as building confidence and trade between neighboring states (even adversaries).

The experts discussed the impact of the unconventional oil and gas sector on geopolitics and energy markets. It was noted that the short-term impact of shale oil and gas drilling in the United States would be offset by an increase in demand from Asia for oil and gas from the Gulf States. It was also suggested that North American shale gas production could plateau by the year 2020, and that the Middle East will remain as the world’s low-cost supplier of oil for the foreseeable future.

The situation in Egypt was given special attention. It was noted that Egypt has gone from being an energy exporter to being an energy importer. According to Karin Kneissl, who prepared a background paper for the meeting on behalf of IPI, “The situation in Egypt demonstrates a clear link between energy and security. Lack of energy security contributed to social discontent, while political instability as a result of the uprisings has created even greater energy instability in the country.”

The experts also discussed the issue of energy subsidies. It was noted that energy subsidies, while both common and popular in many countries of the Middle East and North Africa, are increasingly expensive and discourage energy efficiency. At the same time, it was pointed out that the rollback of subsidies can cause public discontent. It was suggested to address the issue from the perspective of “demand management,” namely increasing efficiency and engaging in public policy that explains the real costs of the subsidies, both financial and environmental.

The experts discussed ways of diversifying the energy mix in the Middle East. Some states, like the United Arab Emirates, are developing nuclear energy, while other, like Saudi Arabia, are investing heavily in solar power. That said, fossil fuels remain the main sources of energy in the region, and are expected to supply most of the region’s rising energy needs.

The roundtable was the third in a series of regional roundtables discussing the impact of energy on security. It was followed by a meeting of the energy and security task force. Task Force members discussed the main findings of the expert meetings on the Middle East and the Arctic (which was held last November in The Hague). Future regional expert roundtables plan to focus on energy and security in West Africa and North East Asia.

Read more about the previous task force meeting and IPI’s expert round table on the Arctic.