C-130 from Bangladesh, Bukavu Airport, Democratic Republic of the Congo, May 2017. (Alexandra Novosseloff) 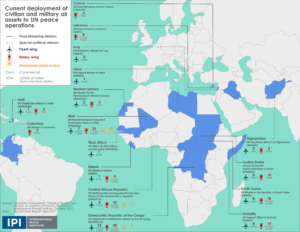 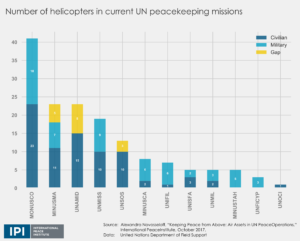 Aviation assets, which include fixed-wing aircraft, utility and attack helicopters, and unmanned aerial systems, are key enablers that give peace operations the mobility and agility they need to deter and prevail against hostile actors. They are also force multipliers that enhance the effectiveness of multidimensional operations, allowing them to implement their mandates. However, peace operations face a chronic shortage of air assets with the right capabilities, and pressure to cut costs is likely to push missions to further rationalize and reduce the use of air assets.

This report looks at how missions’ air assets are organized, generated, managed, tasked, controlled, and commanded. It also makes a number of recommendations to address persistent shortcomings: