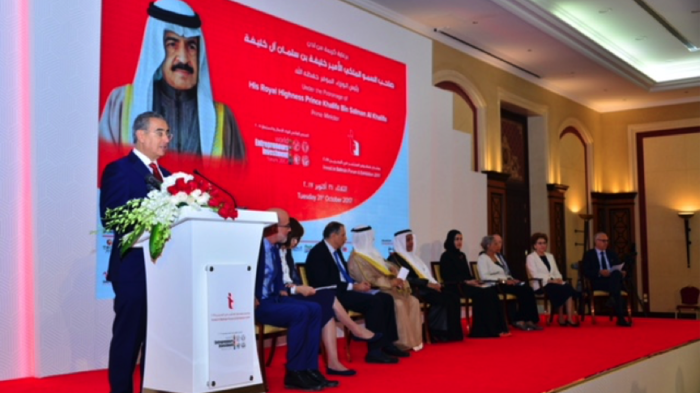 With the participation of Miroslav Lajčák, President of the UN General Assembly, Bahrain hosted the World Entrepreneurs Investment Forum (WEIF) from October 31 to November 1, 2017. Nejib Friji, Director of IPI-MENA, chaired the First Plenary Session held under the theme of “Entrepreneurship for Development & Innovation Towards Achieving the Sustainable Development Goals” with an audience of hundreds of government officials, entrepreneurs, representatives of the private sector, financial institutions, regional and international organizations, government, and media.

Thanking the United Nations Industrial Development Organization (UNIDO) for organizing the event, Mr. Friji, in reference to the Sustainable Development Goals adopted by the UN General Assembly, stated that, “Entrepreneurship is not only critical to achieving the SDGs on economic growth, but it also catalyzes progress towards the twin goals of prosperity and peace.”

He drew attention to the fact that “regardless of social, political, religious or any other differences, the need and desire to prosper economically constitutes common ground between groups,” thus stressing that entrepreneurs are those who drive systemic change and foster inclusive growth in society. He quoted the example of Jusoor, an entrepreneurship program in Lebanon aimed at teaching the next generation of Syrian business owners to rebuild what the conflict has destroyed, with the long-term objective of encouraging sustainable development, and in turn, peace.

Mr. Friji stressed the importance of empowering women and further enabling their participation in the global entrepreneurial arena to not only actualize the SDGs, but to drive the exponential growth of the economic sector. He concluded by reiterating the importance of shaping “peaceful and resilient societies” by empowering youth, both men and women alike.