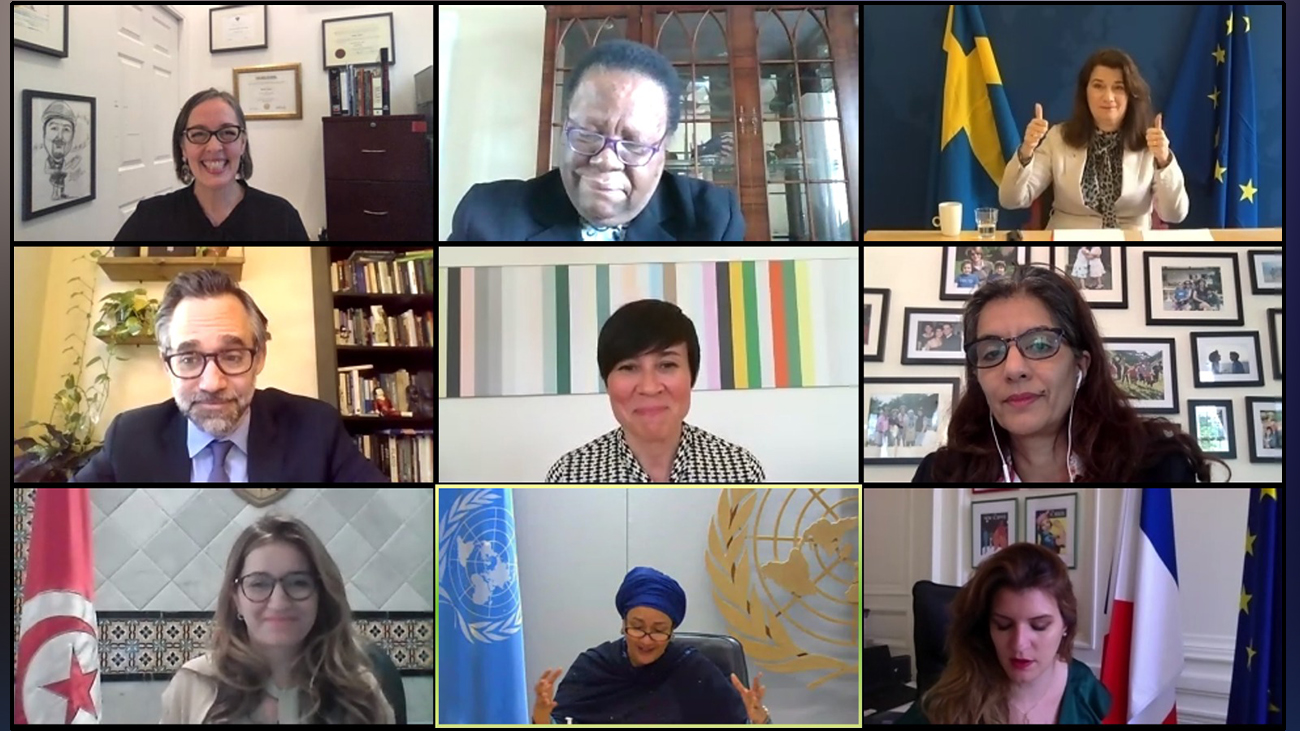 On May 27th, the government of Sweden and IPI co-organized their first annual ministerial level discussion on women, peace and leadership. Ministers of the governments of France, Norway, South Africa, Sweden, and Tunisia, as well as a former minister from Yemen met to discuss opportunities for supporting women’s participation in peacebuilding during this time of a global pandemic. Together with the Deputy Secretary-General of the United Nations and representatives from civil society, participants committed to continue in their efforts to support women’s rights and women’s full and effective participation in all peace efforts.

In the virtual roundtable, conducted under the Chatham House rule of non-attribution, discussants pointed out that crisis responses often pushed gender considerations to the side, but that maintaining focus on the women, peace and security (WPS) agenda and supporting women’s participation in peacebuilding was critical. Central to the discussion was the concern that restrictions imposed as part of the pandemic response placed a particular burden on women. Speakers identified the need for responses to the COVID-19 crisis that addressed women’s protection and security, as the majority of healthcare workers are women, and because women faced a heightened risk of gender-based violence and limited access to sexual and reproductive health services.

Participants agreed that the 20th anniversary of UN Security Council Resolution 1325 (2000) should be marked by a clear commitment to include women in peace and security efforts at all levels. Speakers encouraged the international community to sustain the ambition of this anniversary year into 2021 and beyond.

The discussion concluded with recommendations for state and multilateral leadership on WPS, including to support the UN secretary-general’s recent call for global ceasefire, along with the African Union’s Silencing the Guns initiative. Participants underscored the need to lead by example and include women in national peace processes, as well as to ensure international actors consult with and implement ideas from women in decision-making processes.

This ministerial-level discussion will inform the planning of this year’s High-Level Women, Peace, and Leadership Symposium, organized by IPI and the government of Sweden, that will take place around the time of the opening of the 75th session of the UN General Assembly in September 2020.