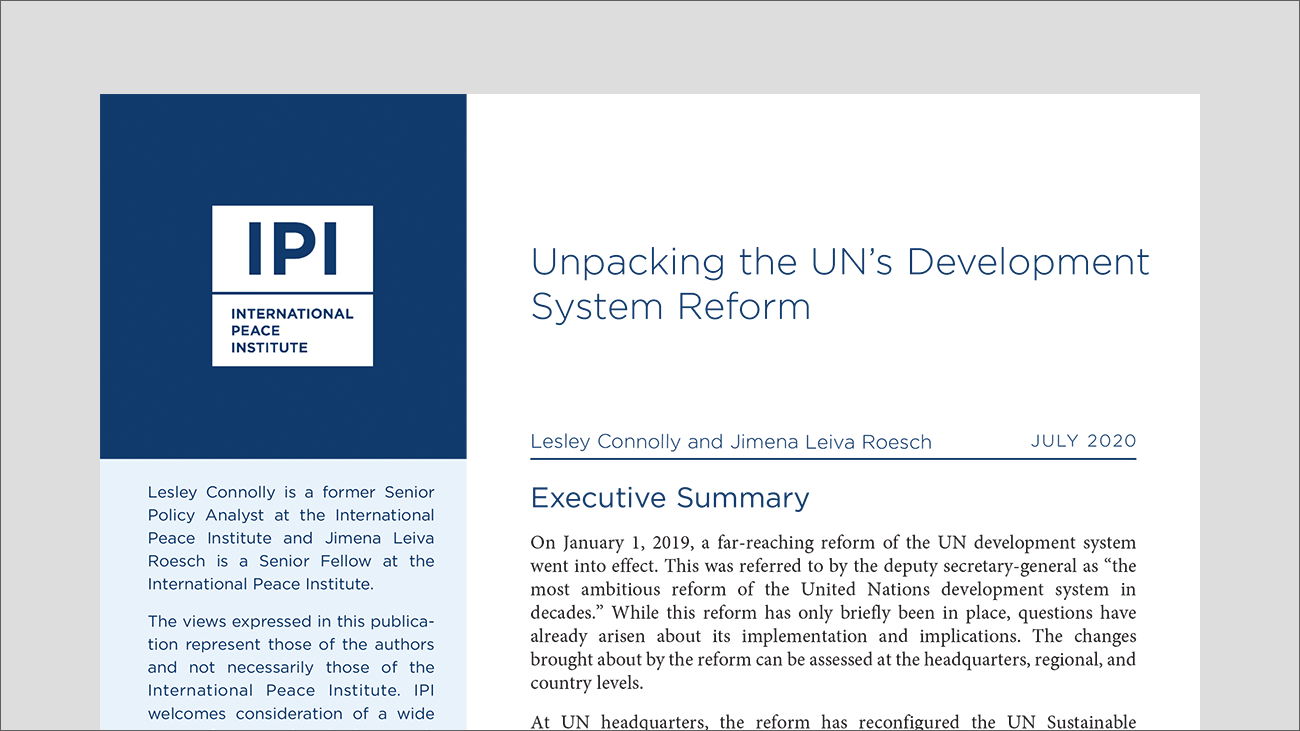 This issue brief aims to contribute to the understanding of this ongoing reform and its significance. It provides a detailed overview of the UN development system reform at the headquarters, regional, and country levels, highlighting why it was undertaken and identifying some of the political and bureaucratic complexities it entails.

The report concludes that more than a year into the reform of the UN development system, significant progress has been made, but it is too early to assess the reform’s long-term impact. What is clear, however, is that bringing about change of this scope will require the UN to adapt not only its structure but also its way of working.