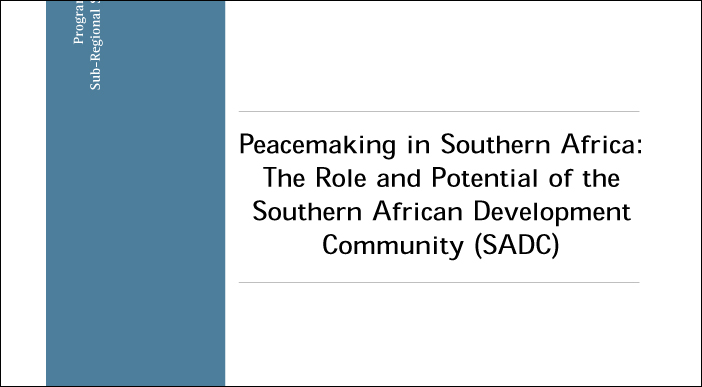 The report summarizes the task force meeting organized to assess the potential of SADC’s Organ on Politics, Defence, and Security Cooperation to engage in peacemaking and peacebuilding in the subregion. It specifically examines SADC’s role in the Democratic Republic of the Congo, Angola, Zimbabwe, and Lesotho. The task force meeting, organized jointly by the International Peace Academy [now International Peace Institute] and the University of the Witwatersrands Centre for Africa’s International Relations, took place in Johannesburg on March 29, 2002.