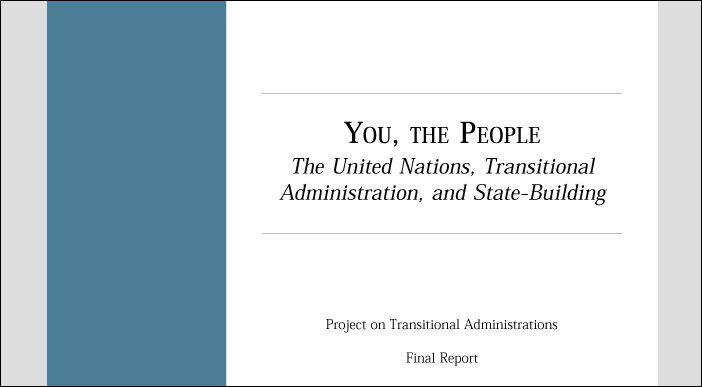 This, the final report of the Transitional Administrations project, surveys the brief history of UN transitional administration, before elaborating on three contradictions that have emerged in the conduct of such operations. The emphasis is on operations in which the United Nations has exercised some form of executive control-most prominently in East Timor, where it exercised effectively sovereign powers for over two years. This is the subject matter of part one. More recent operations in Afghanistan and Iraq have shifted the terms of this debate: the statebuilding agenda in such operations has been determined less by the needs of the postconflict society than by the strategic interests of the United States. Part two therefore turns to the relationship between statebuilding and the war on terror.