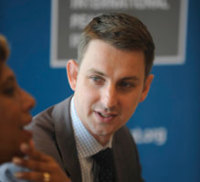 The adoption of a presidential statement on drug trafficking by the UN Security Council on December 8, 2009 represents a milestone in the global drug control debate, and a turning point in the world body’s approach to the issue.

The presidential statement – a political pronouncement by the Council falling short of a binding resolution, but agreed unanimously by its fifteen members – constitutes the first coherent political commitment by the Security Council to tackle the world drug problem based on “common and shared responsibility.” This is code for the idea that demand reduction is as important as reduction of supply. The statement sends a signal that even if the major security implications of drug trafficking fall on production and transit states in the global South, consuming states in the global North also have responsibilities in tackling the trade.

While the Council has previously made similar noises in relation to drug trafficking in specific countries such as Afghanistan and Guinea-Bissau, and even the region of West Africa, this is the first time it has ever made such a commitment on a global scale. Given that the members of the Security Council currently include both the United States and Mexico, this statement seems to mark an important convergence in long-divided views in the Western Hemisphere about how best to tackle the drug problem. The new answer seems to be “everywhere, and all at once” — but through a range of different methods.

This points to another important aspect of the presidential statement. The Security Council is now clearly treating drug trafficking on a transregional basis. The presidential statement “notes with concern the serious threats posed in some cases by drug trafficking and related transnational organized crime to international security in different regions of the world.” And it “stresses the importance of strengthening transregional and international cooperation” to tackle the “world drug problem.”

This certainly does not mean that the Council is declaring that drug trafficking already constitutes a threat to international peace and security, wherever and whenever it is found. After all, as the statement makes clear, international cooperation should simply support and supplement national action to control drug trafficking.

But it does mean that the Security Council may be prepared to consider supporting transregional responses and preventive solutions, to deal with this transregional problem. The first opportunity for it to demonstrate such support may arise as early as January 2010, when it has to consider how to deal with drug trafficking through West Africa. Transregional solutions, such as an arrangement for enhanced cooperation between Latin America, West Africa and Europe on information sharing, sharing of best practices in policing and drug treatment harm reduction, and coordinated maritime or aviation controls, may now come to the fore. The international Contact Group on Piracy Off the Coast of Somalia, blessed by the Security Council a year ago, may serve as an interesting model for such an arrangement to deal with drug trafficking through West Africa.

Indeed, it was the convergence of crime, conflict, and possibly terrorism in West Africa that triggered the Council’s consideration of this issue, at the instigation of Burkina Faso in the President’s chair. The crash of a Boeing jet in the Sahel just a few weeks ago has stoked fears of possible links between al Qaida and Hezbollah and the West Africa drug trade. Though such suggestions seem somewhat alarmist at present, there is strong evidence that West Africa has quickly transformed from a transit hub for the transfer of cocaine from Latin America to Europe, into a genuine marketplace where cocaine, heroin and methamphetamine are being exchanged, and specialist support services (such as money-laundering and refining) have developed. The danger is that this trade will further undermine Africa’s already weak governance, impede its development, and reignite its smoldering conflicts. It is for that reason that Africa receives a number of mentions in the presidential statement itself, and was highlighted in numerous interventions by member states.

Similar concerns around the convergence of crime and conflict that are also behind the action-oriented aspects of the presidential statement. The Security Council “calls on the Secretary-General to provide… more information on drug trafficking and related issues where it risks threatening or exacerbating an existing threat to international peace and security.” And in order to do so, the Council “invites the Secretary-General to consider mainstreaming the issue of drug trafficking as a factor in conflict prevention strategies, conflict analysis, integrated missions’ assessment and planning and peacebuilding support.”

Cutting through the bureaucratic jargon, what this signals is that in future the UN Secretariat will not need to seek a specific mandate from the Security Council to consider drug trafficking in designing and planning field missions.

Instead, the UN Secretariat is now empowered to consider drug trafficking as a potential amplifier of insecurity around the world – and then to work through a range of demand-side and supply-side approaches to support the efforts of states, civil society and sub-regional and regional bodies to tackle the problem. With clear evidence in Afghanistan, Colombia and Myanmar of conflict parties using drug trafficking to finance their military campaigns, this clarification of the UN’s intention to break these connections can only be welcomed.