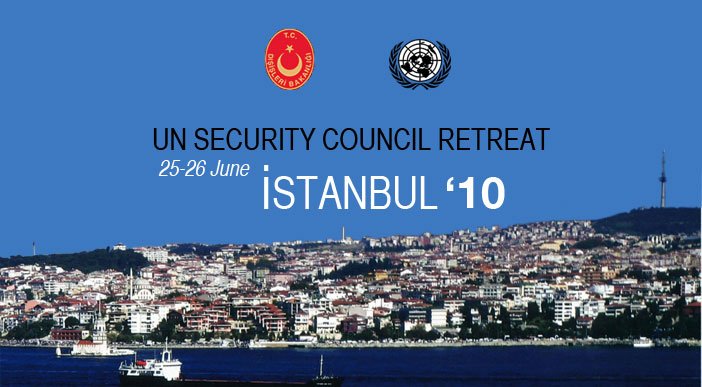 The International Peace Institute and the Permanent Mission of Turkey to the UN held an informal retreat on June 25-26th for the UN Security Council.The retreat gathered the members of the UN Security Council at ambassadorial level, as well as senior staff of the UN Secretariat, with the aim of discussing, in an informal and off-the-record setting, the linkages among peacekeeping, peacemaking, and peacebuilding.

Mandates: the process of mandate-making, consultations among partners, and devising strategies.
Capacities: developing host state capacities, and properly resourcing missions (through force generation, police, and civilian capacity) as a result of calculated, conservative, and integrated needs assessments.
Adaptation: how the Council adjusts mandates and strategy to meet changing conditions, how missions and the Council can better use benchmarks to mark progress and refine strategy, and how the UN can be more proactive on the ground and the Council more agile and inclusive in its consultations and deliberations in New York.

An in-depth and comparative analysis of regional cases enabled the Security Council to ground these discussions in concrete examples of the specific needs and requirements of different UN operations. The retreat will be followed up by a formal Security Council meeting in September, when the Government of Turkey will serve as the President of the Security Council.

The retreat was held in Istanbul, Turkey and was hosted by the Turkish Ministry of Foreign Affairs.