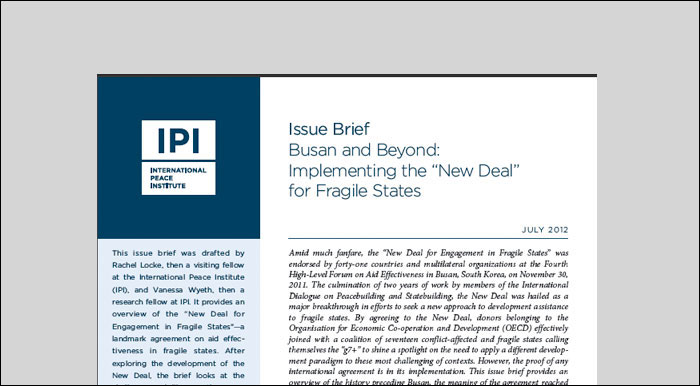 This issue brief outlines the development of the New Deal for Engagement in Fragile States, explores the challenges and dilemmas the agreement raises, and examines prospects for its implementation, with a particular focus on the role of the United Nations.

To ensure successful implementation of the New Deal, the authors make a number of recommendations, including:

Ultimately, the brief shows that implementation requires strengthening the relationship between society, state, and donors, and engaging the wider community of concerned actors across issues of trade, defense, peacekeeping, and diplomacy. The New Deal’s success will also depend on fragile states continuing to engage with one another through their own structures.