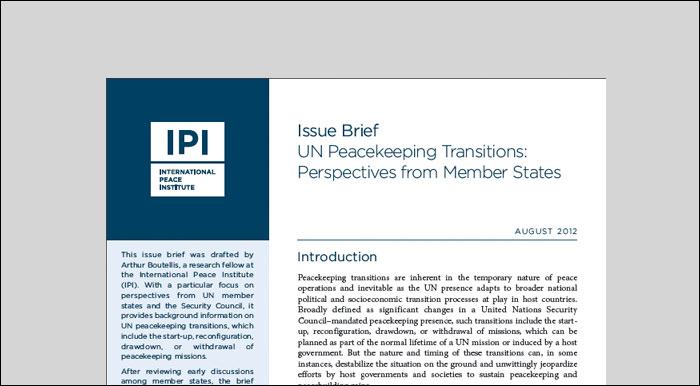 Amid much debate over the financing of peacekeeping missions and responsibility for peacekeeping versus peacebuilding, the report makes a number of recommendations for member states to consider:

A summary of a roundtable discussion held at IPI on the drawdown or withdrawal of peacekeeping and special political missions is also available in a meeting note entitled UN Transitions: Mission Drawdown or Withdrawal.