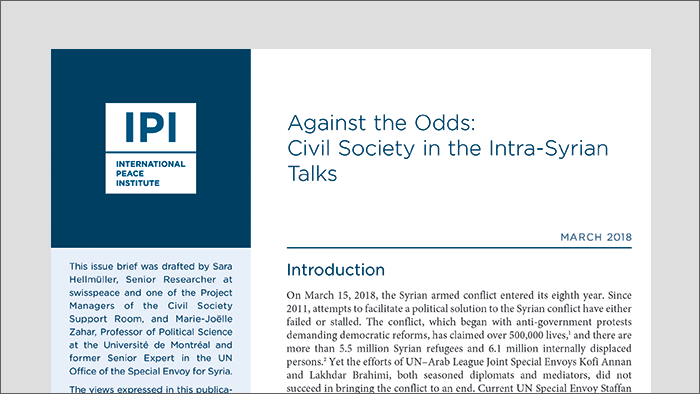 On March 15, 2018, the Syrian armed conflict entered into its eighth year. Since 2011, attempts to facilitate a political solution to the Syrian conflict have either failed or stalled. Amidst this deadlock, one track that has not stalled is the civil society track. Against the odds, progress can be observed at this level as Syrian civil society has become better organized and more tightly interconnected, and as its voice in the process has grown stronger.

This issue brief looks at progress on this track through the Civil Society Support Room (CSSR), a novel approach to including civil society in a peace process that could become a model for other processes to follow. The paper outlines three of the CSSR’s central functions, three key contributions it can make to the peace process, and the three main challenges encountered. It also proposes three measures for the CSSR moving forward: