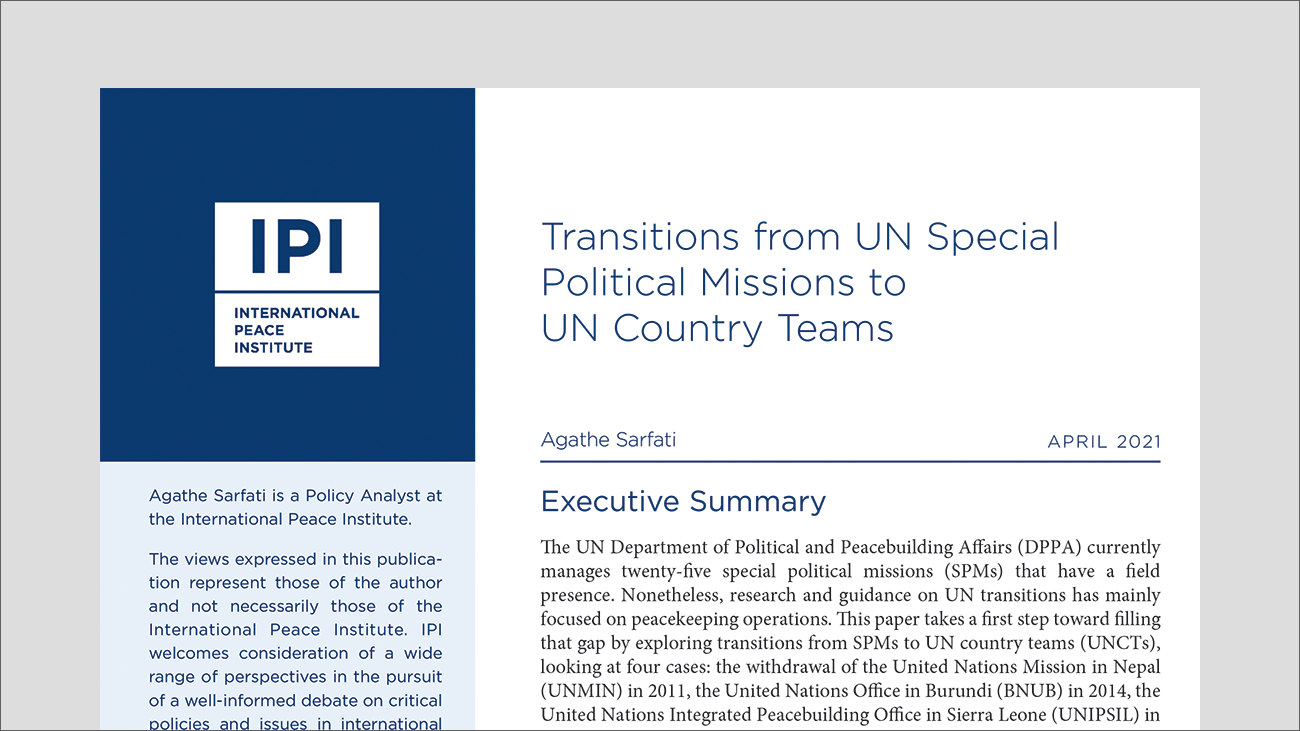 The UN Department of Political and Peacebuilding Affairs (DPPA) currently manages twenty-five special political missions (SPMs) that have a field presence. Nonetheless, research and guidance on UN transitions has mainly focused on peacekeeping operations. This paper takes a first step toward filling that gap by exploring transitions from SPMs to UN country teams (UNCTs).

These four case studies show that the drawdown of special political missions with a field presence shares several features with the drawdown of peacekeeping missions, but some aspects are specific to SPMs. In the coming years, the UN will need to develop a more comprehensive picture of the key elements to take into consideration during SPMs’ lifecycles and transitions, as well as specific guidance on the transition of SPMs. This could help the UN deliver a “continuum of responses and smoother transitions” while supporting national priorities.