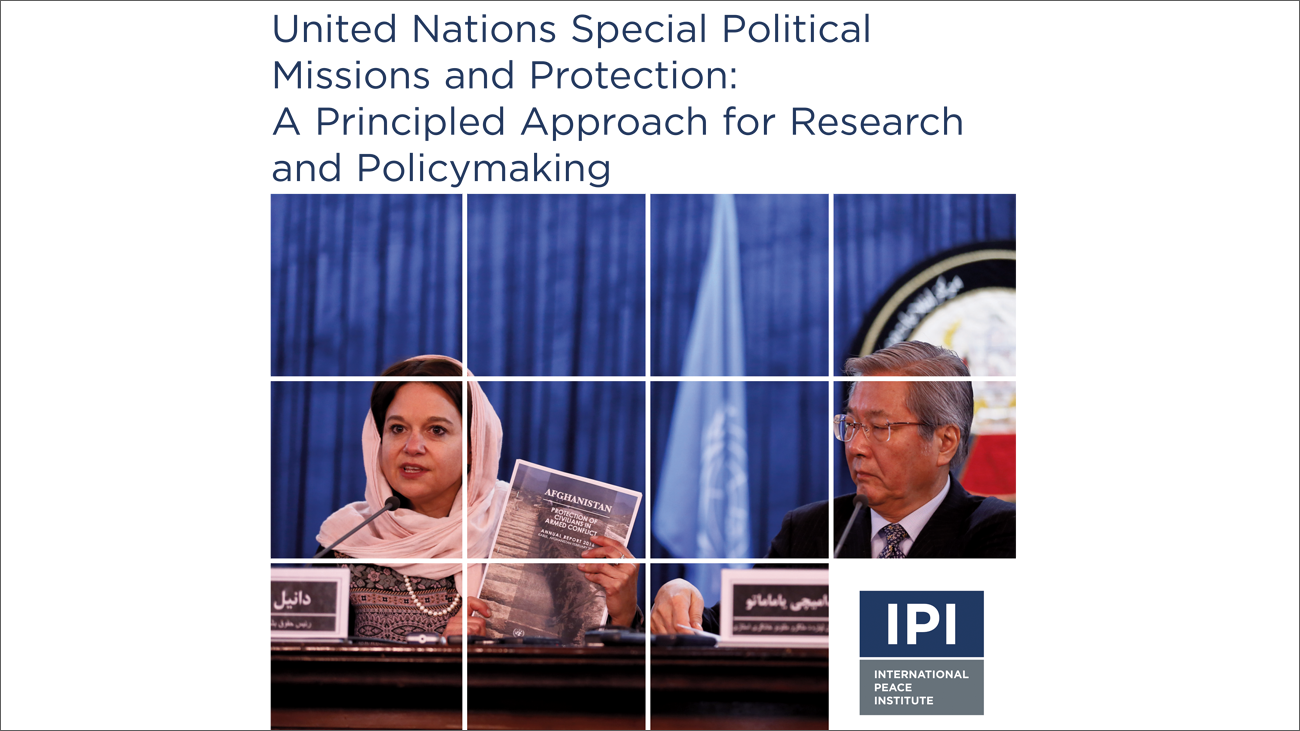 On September 14th, IPI together with the Dutch Ministry of Foreign Affairs cohosted a policy forum on “United Nations Special Political Missions (SPMs) and Protection: A Principled Approach for Research and Policymaking.” The session provided an opportunity to present and discuss IPI’s new policy paper that considers the need for increased analysis and operational roles of UN special political missions (SPMs) in protection.

SPMs regularly operate in conflict and post-conflict settings in which local civilian populations face the ongoing threat of armed violence. Despite this trend, understandings of the roles of SPMs in protection have remained ambiguous, leaving a conceptual and operational gap that deserves greater attention. As it looks ahead to articulate and implement a system-wide agenda for protection the Secretariat has an opportunity to articulate a more explicit and structured vision for the role of SPMs in protection.

This policy forum gathered representatives of the UN Secretariat and field missions, member states, and civil society to reflect on concepts, good practices, dilemmas, and lessons learned on protection in SPMs. Participants discussed how the UN could strengthen guidance and articulate a more explicit and structured vision on the protection roles of SPMs. The panel built upon the Department of Political and Peacebuilding Affairs’ (DPPA) experience in field missions and consider how the role of DPPA and SPMs in protection relates to other conceptions of protection in the UN system.