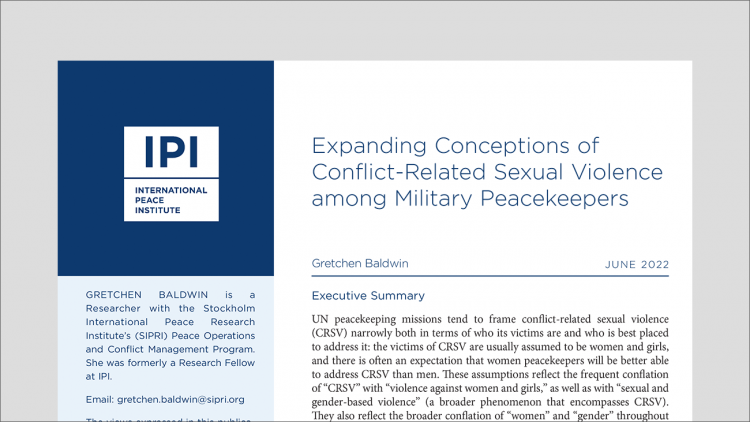 UN peacekeeping missions tend to frame conflict-related sexual violence (CRSV) narrowly both in terms of who its victims are and who is best placed to address it. The victims of CRSV are usually assumed to be women and girls, and there is often an…